On Monday we finally  had the Long Term NHS Plan published with a mythical extra £20bn for the NHS.

Can’t wait to see the promises in the long awaited Green Paper on Social Care, which has no chance of being enacted in this Parliament.

Smoke and mirrors you might say to detract from the damming UN report from Sir Philip Alston.

On a more positive note, the 13 commitments to the Sheffield Dementia Strategy were released to the media this week.

On Thursday, at a public meeting of the Sheffield Clinical Commissioning Group, Governing Body, Tim Moorhead the head of the CCG, Kath Horner chair of Sheffield Dementia Action Alliance, Nicola Shearston from Sheffield City Council and myself all stated the importance of the new strategy and the need for an integrated pathway involving all stakeholders in Sheffield. 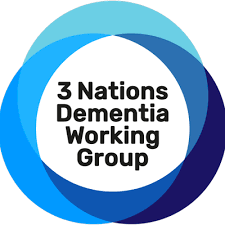 The 3 Nations Dementia Working Group Twitter chat restarted after the Christmas break this week with a chat about “Dementia as a Disability”.

It starts from 8pm GMT on a Wednesday evening.

Feel free to join in using the hashtag #ask3NDWG