After a challenging day at the Young Dementia UK conference in Birmingham yesterday, the night was calmer than the night before although the air again was crisp and there was a short shower before breakfast.

After Breakfast, there was still time to relax in the garden with a coffee, the sun was now out and out of the wind it was quite warm.

Time passed and it was soon time to say my goodbyes and head off in a taxi to the railway station.

The journey back to Sheffield wasn’t as bad and I arrived pretty much on time and took a taxi home.

Later on Friday night, I was online for the Dementia Alliance International Action Group meeting, a fantastic group of people worldwide, challenging the stigma and human rights abuses, who campaign for change not for themselves but everyone living with or supporting people with Dementia.

I have written this article after returning home and the detail of my time at Woodbrooke has already begun to fade.

I can remember the room but its detail is like a blueprint. I know what was in the room but trying to visualise each piece of furniture leaves me with an image of its outline. 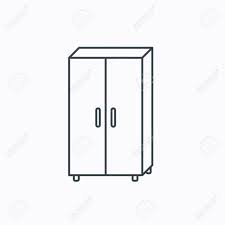 It seems as though the detail is just beyond my reach.

I look forward to being back at Woodbrooke in the near future and relaxing in the gardens, whatever the weather.