After a relaxing day Back at Woodbrooke, all night the wind and rain lashed about outside with the odd branch falling to the floor.

There was a crisp Autumn feeling and the leaves had begun to fall across the gardens.

We all gathered for breakfast and then took taxi’s into the city centre to “The Studio” where the Young Dementia UK Conference, organised by Hawking publications, was being held. 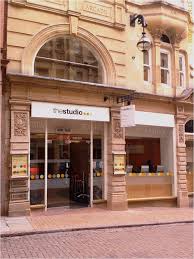 After a coffee, the conference began with the opening addresses and the obligatory housekeeping.

There were then a series of presentations, which contained too many facts and figures, too many numbers and graphs and by the break it was beginning to be a challenge to stay focused.

some relief and humour from the mornings challenges, followed by a humourous talk by Peter Lyttle from Freshers Cafe

Over lunch it was time to meet and talk to delegates, to challenge perceptions and talk about how people with Dementia can be involved in the evolution of Dementia services, challenging the negative narratives and the human rights abuses.

During the lunch break, I was able to meet Dr Richard Hawkins and Mark Ivory from the Journal of Dementia Care and Eloisa Stella, Vice-President and co-founder of Novilunio Onlus Association amongst others. 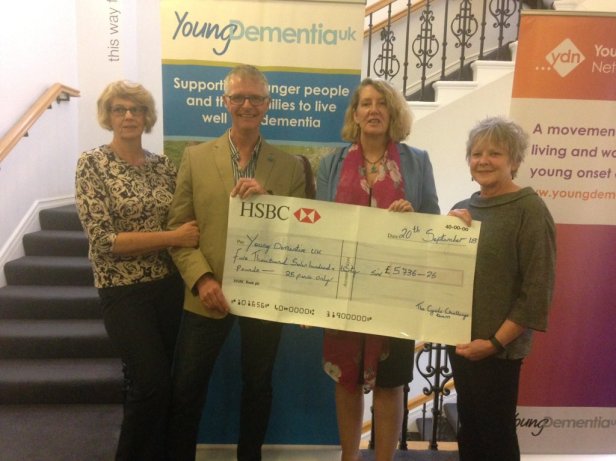 It was just a shame that this was done by the stairs not on stage at the conference.

After the lunch, the conference continued but the continued wave of information became overwhelming for our group, I looked around and they had all gone, to be found behind the Innovations in Dementia/DEEP UK/Dementia Diaries stand on bean bags 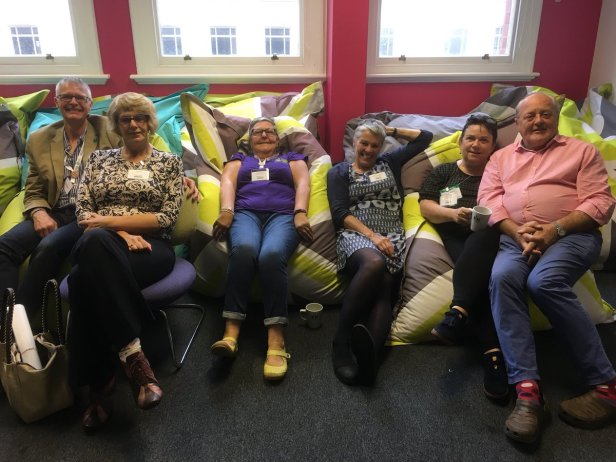 I think we were generally disappointed with the conference, my understanding that last year was about professionals and this year about people living with Dementia.

Having written this article retrospectively, the detail of the presentations have long been lost in the fog of Dementia but this is a copy of the programme.

It should have been an opportunity to showcase the work of people living with Dementia under the age of 65, to show what can be achieved with inclusive post-diagnosis support, services and rehabilitation.

To get out the message that the way Dementia is portrayed by society, Governments, Healthcare Systems, and the media is wrong, to turn the negative narrative into a positive one.

To get the message out that you can live your life within the reducing limits of your Dementia following a diagnosis of Dementia.

The Global Disability Summit mantra of “Nothing About US, Without Us” could have been more prominent in the planning.

Eventually we retired to the local Pub and then made our way by taxi to Woodbrooke.

After supper we relaxed before retiring to bed one by one, Wendy Mitchell having left us at the conference to continue her busy schedule in the west country.

Tomorrow would be my Last Morning at Woodbrooke for a while.