After a quiet start to the week Wednesday saw me off to Birmingham to stay at Woodbrooke for a few days me time.

While at Woodbrooke, for me, I felt and saw the arrival of Autumn, the crisp morning air and the green leaves on the trees turning brown and falling.

On Thursday I was at the Young Dementia UK conference at “The Studio” in the centre of a rainy Birmingham.

For me, it was an opportunity missed, too many graphs and figures.

It should have been an opportunity to showcase the work of people living with Dementia under the age of 65, to show what can be achieved with inclusive post-diagnosis support, services and rehabilitation.

To get out the message that the way Dementia is portrayed by society, Governments, Healthcare Systems, and the media is wrong, to turn the negative narrative into a positive one.

To get the message out that you can live your life within the reducing limits of your Dementia following a diagnosis of Dementia.

During the lunch break, I was able to meet Dr Richard Hawkins and Mark Ivory from the Journal of Dementia Care and Eloisa Stella, Vice-President and co-founder of Novilunio Onlus Association amongst others.

The highlight was a “Dementia Diaries Live” 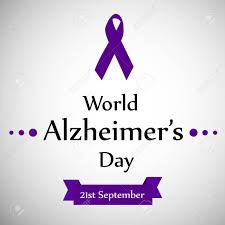 Friday was World Alzheimer s Day in support of which I had posted a number of articles and it was time to travel home. I enjoyed my time at Woodbrooke and the staff were fantastic and supportive as ever.

Late on Friday night was the Dementia Alliance International Action Group meeting, a fantastic group of people worldwide, challenging the stigma and human rights abuses, who campaign for change not for themselves but everyone living with or supporting people with Dementia.

The weekend has been one of recovery from my travels, catching up with emails and social media and some new opportunities.

Today’s re-blog as part of World Alzheimer’s Month focuses on an article by Philly Hare of Innovations in Dementia CIC, titled “Why dementia MUST be seen as a disability”

Why Dementia Must Be seen as a Disability

Finally, in the Sunday papers, a couple, married for 67 years being Torn Apart by the healthcare system in the UK.

Another example of why healthcare should not be decided on cost but should be inclusively state-funded via taxation for everyone, regardless of social standing or disease.

Politicians talk of a “Civil Society”, it’s time we had one.